FREDERICTON — At least three of New Brunswick's political parties are promising a full slate of candidates ahead of next month's provincial election.
Aug 21, 2020 3:46 PM By: Canadian Press 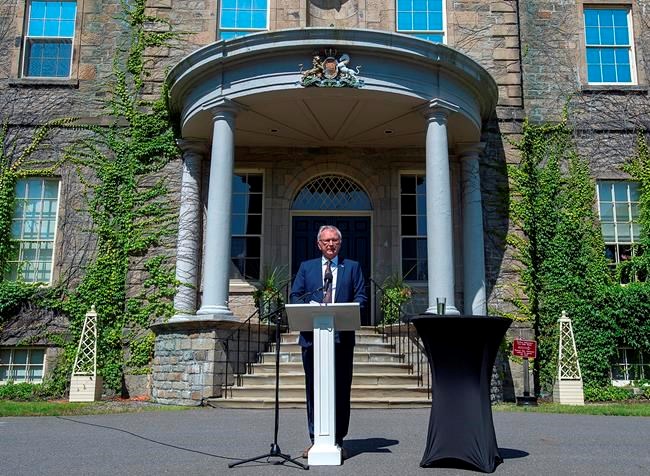 FREDERICTON — At least three of New Brunswick's political parties are promising a full slate of candidates ahead of next month's provincial election.

Progressive Conservative Leader Blaine Higgs called a snap election Monday, leaving political parties fewer than two weeks to confirm candidates for all of the province's 49 constituencies. The deadline is Aug. 28.

The Tories released a list Friday of 30 nominated candidates but Higgs told a news conference later that day 46 people had already been chosen. He said the final three would be in place by the middle of next week.

Asked if he was having any difficulty finding people to run for his party, Higgs simply responded: "No."

The Liberals only had seven people listed as confirmed candidates on their website Friday but party officials said 38 people have been confirmed so far. They said the party will have a complete 49-person list in place by Wednesday.

The Greens used the Mactaquac hydroelectric dam Friday as a backdrop to announce their "star candidate" Louise Comeau for the riding of Carleton-York. Comeau is an environmental consultant and instructor at the University of New Brunswick.

"The last two years have shown we need more Green MLAs in the Legislature," she told reporters.

At dissolution, the Progressive Conservatives and Liberals each had 20 seats, while the Greens and People's Alliance each had three. There was one Independent.

The People's Alliance said Friday they had 21 confirmed candidates and were hoping to field more than 30.

New Brunswick's New Democrats, however, held no seats in the legislature at dissolution and had almost no visibility in the last two years.

Twenty-three-year-old Mackenzie Thomason has been the interim leader of the NDP since March 2019. A leadership convention set for August of that year was cancelled because of a lack of acceptable candidates. A second leadership race planned for June 2020 was cancelled amid COVID-19 concerns.

The party's administrative assistant, Tina Despres, said Friday the NDP was working on putting its slate together, but couldn't say when it would be finished or how many people would be representing the party this election.

His plan, however, requires greater collaboration among existing service providers. He said the independent carriers operating across the province should partner together and share contracts to provide service to a greater number of New Brunswickers.

"I think we can get better results all across this province," Higgs said "We all know how important broadband is for our province's competitiveness, but what we learned from COVID is that it's not just important — it's absolutely critical for living, working and learning."

Higgs said a Tory government would also work to increase jobs and expertise in the cybersecurity sector.

Liberal Leader Kevin Vickers travelled to Bathurst, N.B., Friday to promise that if his party is elected he'll restore funding for tourism.

"The Department of Tourism, Heritage and Culture was one the hardest hit by the Blaine Higgs cuts having had its budget slashed by forty per cent," Vickers said.

He accused Higgs of ignoring the economy and leaving tourism and culture operators without help to survive the pandemic.

New Brunswick needs to treat tourism the same way Nova Scotia does, Vickers said, adding tourism revenues there are twice those of New Brunswick. A Liberal government would promote scenic drives and trails and improve tourist information centres, he promised.

"My plan will ensure that people don't have to choose between putting a roof over their head, food on the table, or buying a bus ticket to get to work or an appointment," Coon said. "It will allow people with a disability to have the basic dignity that we all expect as New Brunswickers."