Stewart Friesen was in uncharted territory last year when he raced through the twists and turns of Canadian Tire Motorsport Park in his NASCAR Truck Series playoff debut.
0
Aug 22, 2019 8:00 AM By: Canadian Press 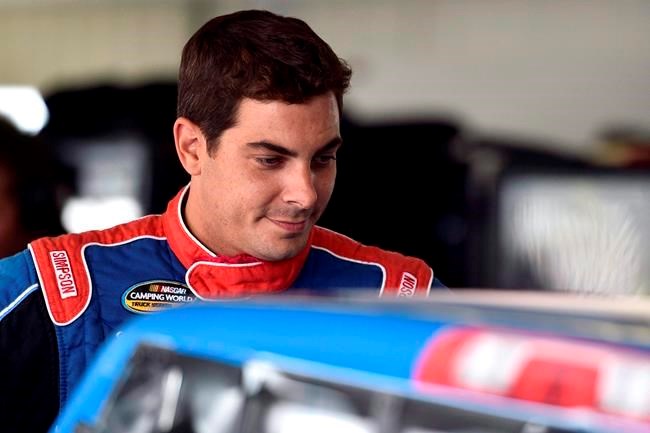 Stewart Friesen was in uncharted territory last year when he raced through the twists and turns of Canadian Tire Motorsport Park in his NASCAR Truck Series playoff debut.

Now with another year under his belt — and an important first series win to his name — the 36-year-old from Niagara-on-the-Lake, Ont., enters Sunday's Chevrolet Silverado 250 playoff race at the challenging Toronto-area circuit with a champion's confidence.

"I'm a lot more optimistic going into CTMP than I was last year," Friesen said in a phone interview with The Canadian Press. "Last year I was just trying to survive the race and learn and build that notebook.

"This year having that race under my belt and having all the tips from (fellow Canadian driver) Ron Fellows, I feel a lot more confident in my road racing abilities and the track layout. It's a challenging road course and its also a ton of fun to drive, so really looking forward to it."

Sunday's race at CTMP is the second of this year's NASCAR Gander Outdoors Truck Series playoff circuit and the only race in the series to be held outside the United States.

Friesen finished a solid seventh last year at CTMP when the track hosted the playoff opener, but was eliminated three races later when the championship field was trimmed to six drivers and eventually finished seventh in the overall standings.

He entered this year's playoffs in a far better position by finishing third in the regular season, thanks largely to his first series win at the Eldora Speedway dirt oval in Rossburg, Ohio. The result ended a frustrating string of close calls for Friesen, who had six second-place and four third-place results before his Chevrolet Silverado took the checkered flag at Eldora.

"We had been very close since getting hooked up with Chevrolet," said Friesen, who is in his third season with crew chief Tripp Bruce at Halmar Friesen Racing. "A lot of second-place, third-place finishes, led a lot of laps, but we could just never get that perfect race and have everything go our way."

Friesen has a good history with Eldora. He made his NASCAR Trucks debut at the track in 2016, got his first ever second-place finish there in 2017 and finished third in 2018.

"It was fitting that it happened at Eldora where the NASCAR deal first started for us a few years back," he said. "And it was also fitting because we were kind of on the playoff bubble with not having a win. We were really good at making points all year long, sitting third in the regular season in points, but without having that win we were out of the playoffs."

Friesen finished fourth in last week's playoff opening race in Bristol, Tenn., putting him in good position to advance out of the Round of 8. The top six drivers after next week's race in Las Vegas advance to the next round, with the final four over the following three races vying for the championship at the season-ending race in Miami.

The drivers will be in for a challenge Sunday. The CTMP course in Bowmanville, Ont., around 75 kilometres east of Toronto, has 10 turns — including the hairpin Moss Corner, which leads into a straight named after famed driver Mario Andretti.

Friesen said the trucks — "part pick-up truck but more F1 car," he called them — are well-suited to tackle the intricacies of a road course, something he discovered a few of years ago in Bowmanville while attending a track event with Fellows.

"We were doing 160 miles per hour up the Andretti backstretch in the Z06 Corvette, and I'd asked Ron how much slower the truck will be. I figured they'd be kind of sloppy and cumbersome on the road courses. And he kind of laughed at me and said 'They're going to be about four seconds a lap faster.'

"And then sure enough when we got on the track, it was pretty wild how well they handled. I'd raced them for two years before that on ovals and speedways, but I never thought they'd be that good on the road course."

Looking back at Crosby's golden goal a decade later: 'It's seared into my mind'
Feb 26, 2020 12:16 PM
Comments
We welcome your feedback and encourage you to share your thoughts on this story. We ask that you be respectful of others and their points of view, refrain from personal attacks and stay on topic. To learn about our commenting policies and how we moderate, please read our Community Guidelines.