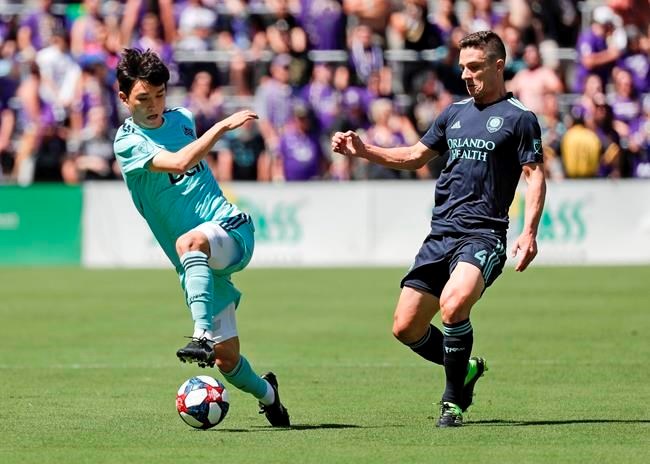 Sacha Kljestan came on for Will Johnson in the 76th minute and first-timed a cross by Ruan Carlos Gomes Costa da Silva that deflected off Nani in the 88th.

"I think at times we showed some decent passages, but I think we could have played a little bit cleaner, a little bit crisper, but I think it's a massive win for us," said Orlando head coach James O'Connor. "I think with games like that it's really important that you go and you win the game.

"The players deserve enormous credit for doing that, for going and getting the win."

Zac MacMath made his debut, starting in place of Maxime Crépeau (rest) with the Whitecaps and had three saves, including stops in the 47th and 60th minutes.

Brian Rowe, who signed with Orlando City in the after starting 10 games for Vancouver in 2018, had two saves in his second shutout of the season.

"I think overall, tactically our organization was good," Vancouver coach Marc Dos Santos said. "We approached the game well, being a game that is our third one in eight days and a lot of traveling involved. ... Overall, I can't fault the players on their effort, on their mentality, on what they've given these eight days."

Als head coach Jones says he received death threats as CFL player in Winnipeg
Jun 2, 2020 6:26 PM
Former Canadian university defenceman Kodie Curran signs with Anaheim Ducks
Jun 2, 2020 6:18 PM
Comments
We welcome your feedback and encourage you to share your thoughts. We ask that you be respectful of others and their points of view, refrain from personal attacks and stay on topic. To learn about our commenting policies and how we moderate, please read our Community Guidelines.