TORONTO — Ontario's human rights tribunal is considering hearing a complaint that seeks to bar the Cleveland Indians from being able to use their team name or wear specific logos at major league baseball games played in Toronto.
Jun 5, 2017 4:15 PM By: Canadian Press 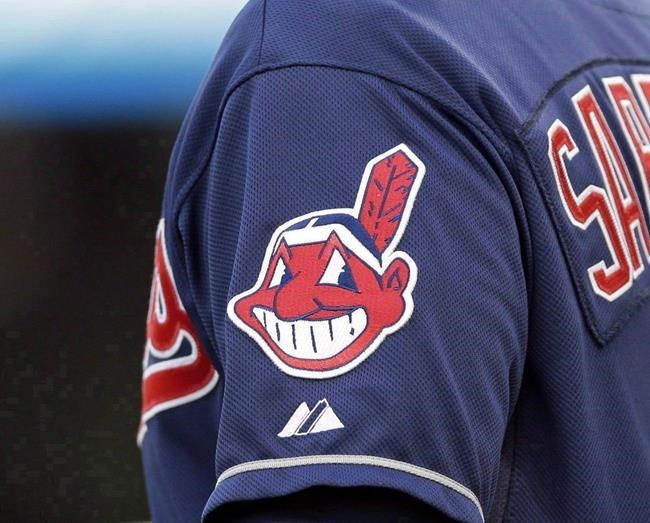 TORONTO — Ontario's human rights tribunal is considering hearing a complaint that seeks to bar the Cleveland Indians from being able to use their team name or wear specific logos at major league baseball games played in Toronto.

The complaint was filed last October, at the height of the playoffs, by indigenous activist and architect Douglas Cardinal, who alleged the team's name and logo amounted to racial discrimination.

Cardinal alleged the team name and the logo of "Chief Wahoo" — a grinning cartoon man with red skin and a feather in his headband — violated both provincial and national human rights legislation.

Major League Baseball, the Cleveland Indians team and Rogers Communications are named in the complaint and fought to have the application quashed on a number of grounds, including lack of jurisdiction.

Adjudicator Jo-Anne Pickel rejected many of the opposing arguments, but did not immediately give the green light for the tribunal to hear the case in full.

She said she wanted more evidence on whether games played at the major league stadium in Toronto can be classified as a service under the Ontario Human Rights Code, as well as a status update on a similar complaint Cardinal filed with the federal human rights commission.

Pickel asked all parties to provide that update by May 25.

Lawyers for Cardinal said all parties did comply with that deadline, but said the status of the federal complaint could not yet be shared publicly.

Pickel ruled that the two complaints were distinct, since part of the issues brought forward by Cardinal fall under provincial jurisdiction.

That part is the playing of baseball games at the Rogers Centre, home to the Toronto Blue Jays and a stadium at which the Cleveland team plays several times each season.

Cardinal argued that those games constitute a service, and that all three parties named in the complaints are part of providing it. Rogers provides the stadium where the games are held, MLB schedules the games, and the Cleveland team shows up to take part.

Cleveland argued that it did not provide services in Toronto, since it simply attends the games and does not sell tickets.

Pickel concluded more evidence needed to be presented before she could decide on that aspect of the complaint.

"The precise role of each respondent with respect to the holding of baseball games in Ontario is unclear and therefore their connection to the alleged discriminatory service is also not clear," she wrote in her decision.

"In my view, in the circumstances of this case, a full evidentiary record is necessary to determine whether baseball games taking place at the Rogers Centre are services within the meaning of the Code. Just as importantly, if they are services, a full evidentiary record is required to determine which of the respondents would be liable if I were to find discrimination in the provision of these services."

Shortly after Cardinal filed his complaints last fall, he also sought an injunction seeking to ban the Cleveland team from using its name or wearing its "Chief Wahoo" logos at a game scheduled to take place later the same day.

That game was part of the American League Championship Series in which the Blue Jays ultimately lost to the Indians.

At the time, Justice Thomas McEwen dismissed the injunction and the game went ahead without any changes.