LONDON — Running on empty, Canada's Eric Gillis only had 30 kilometres in him on Sunday. The victim of a stomach virus that has struck Canada's team at the world track and field championships, the 37-year-old from Antigonish, N.S.
Aug 6, 2017 5:31 PM By: Canadian Press 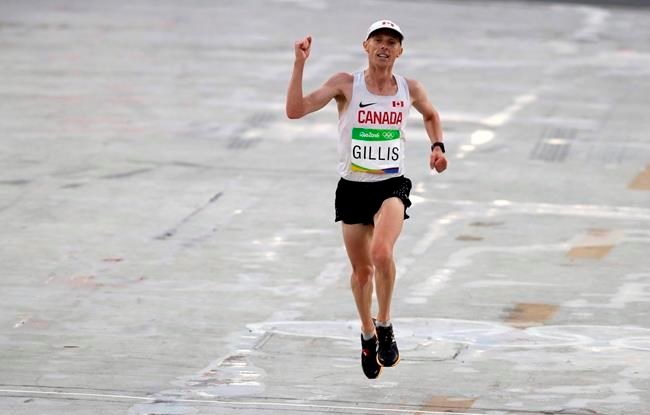 LONDON — Running on empty, Canada's Eric Gillis only had 30 kilometres in him on Sunday.

The victim of a stomach virus that has struck Canada's team at the world track and field championships, the 37-year-old from Antigonish, N.S., dropped out around the 30-kilometre mark of the marathon.

A viral gastroenteritis, believed to be Norwalk, has swept through Canada's central London hotel, affecting seven Canadian athletes and team staff, plus athletes from several other countries staying there.

"It kind of hit hard the first day and it's kind of settled down," said Canada's team doctor Paddy McCluskey. "There was only one staff that was affected this morning, so we feel like we're through the worst of it, but with these things you never know."

McCluskey wouldn't say, of the seven who've been ill, how many are athletes and how many are staff. He said one ill athlete competed earlier in the meet, while some compete later.

The Canadian team's floor of the hotel has been particularly hard hit, McCluskey said, which could be from germs passed through elevator buttons, door knobs, cleaning staff or plumbing.

The teams in the hotel met Sunday with the medical staffs from the IAAF — the world governing body for track and field — and the local organizing committee, plus hotel staff, which McCluskey said has scheduled additional staff to wash surfaces, elevator buttons and door handles, and put extra sanitizer out.

Canadian head coach Glenroy Gilbert said while there had only been the one new case reported Sunday, there is "absolutely" a danger of more athletes getting sick, and that the team's medical staff was "trying to figure out the best situation for our athletes, whether it's moving them to the higher floors. . . it's just trying to figure out the best case scenario for them."

Gillis, meanwhile, made a beeline for his hotel room to recover after he pulled off the course, and didn't pass through the media interview area. But the result would have been a major disappointment after his 10th-place finish in last year's Rio Olympics, the highest marathon finish for a Canadian man since Jerome Drayton — who still holds the men's national record — finished sixth at the 1976 Montreal Olympics.

It was the second time injury or illness had struck within four months, as Gillis had to withdraw from the Boston Marathon in April with an Achilles tendon injury.

The veteran runner still managed to stick close to the lead pack through the first 20 kilometres Sunday, and was in 32nd spot through the 30-kilometre mark.

Geoffrey Kirui of Kenya came from behind to win the race that started and finished on the iconic Tower Bridge.