Weeding out the Competition: Alexander hoping to continue career with B.C. Lions

KAMLOOPS, B.C. — Frank Alexander doesn't really want to talk about what brought him to the CFL. The imposing defensive lineman knows people will be interested in how he found his way to B.C.
Jun 5, 2017 5:37 PM By: Canadian Press 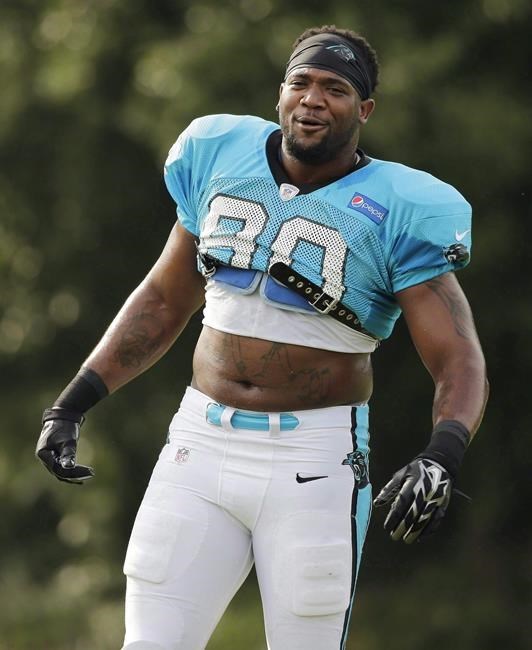 KAMLOOPS, B.C. — Frank Alexander doesn't really want to talk about what brought him to the CFL.

The imposing defensive lineman knows people will be interested in how he found his way to B.C. Lions' training camp after three suspensions for failed drug tests related to marijuana use while playing for the Carolina Panthers.

But it's clear he's more interested in looking forward instead of back at his time in the NFL.

"They're going to do what they're going to do," Alexander said philosophically of the strict drug policy south of the border following a recent practice session. "It's their business. They run it how they run it."

How the NFL dealt with the 2012 fourth-round draft pick was to suspend him a total of 14 games for his first two weed offences before slapping Alexander with a year-long ban while he was on injured reserve in November 2015 after tearing his Achilles in training camp.

The Panthers cut ties with Alexander, who lost a huge chunk of salary for his indiscretions, before the Lions eventually reached out to the six-foot-four, 270-pound native of Zachary, La., to see if he was willing to give three-down football a try.

B.C. head coach and general manager Wally Buono said the team did its usual due diligence, but also downplayed Alexander's cannabis use, especially since the CFL doesn't test for the substance and the federal government is scheduled to legalize the drug in Canada next year.

"You see a guy that's got tremendous get-off and a lot of good physical skills," said Buono. "The off-field issues weren't really major things. I don't want to get into it. He's been excellent here. I don't want to be too critical, but obviously you want players to adhere to the rules.

"When they don't there's obviously repercussions."

A standout in college with the Oklahoma Sooners from 2008 to 2011, including the school's appearance in the 2009 national championship game, Alexander is still dealing with those repercussions.

For starters, he will earn a fraction of the money he made in the NFL if he sticks with the Lions, who open the CFL's pre-season schedule Tuesday in Calgary against the Stampeders.

"I'm just trying to come out here and work," said Alexander, who has a fleur-de-lis tattoo on his chest in honour of his home state of Louisiana. "I ain't coming out here trying to act like I'm better than anyone, put anybody down.

"I just want to come out here and work towards the same goal — winning games."

Alexander made 29 appearances, including six starts, for the Panthers from 2012 to 2014, registering 20 tackles, 3.5 sacks and five pass knockdowns.

The 27-year-old was singled out by Buono in front of B.C.'s veterans on the first day of full practices in Kamloops for the hard work he put in during the team's rookie minicamp.

"Life has a way of maturing you," said Lions defensive co-ordinator Mark Washington. "He understands this opportunity he's been given and is going to take full advantage."

Should he make the Lions, Alexander will join a defence that tied for the CFL-lead with 52 sacks last season thanks to a rotation that got the job done by committee.

Alex Bazzie, who paced the team with 11 quarterback takedowns, and Jabar Westerman have both moved on, meaning there are starting spots to be filled.

Alexander is also expecting a lot from himself. He's still learning the nuances of the Canadian game, including starting a yard off the ball and the pre-snap motion that caught his eye when he first watched this incarnation of the sport on television.

"I'm not going to let that be a crutch," he said of the different rules. "You deal with it and play ball."

And like any player who tasted the NFL, Alexander would no doubt welcome a return if it's in the cards, but he won't let that enter his mind while trying to get his career back on track.

"It is what it is, man," he said. "If God says the word it's going to happen. I can't live my life worrying about what somebody else is going to do.