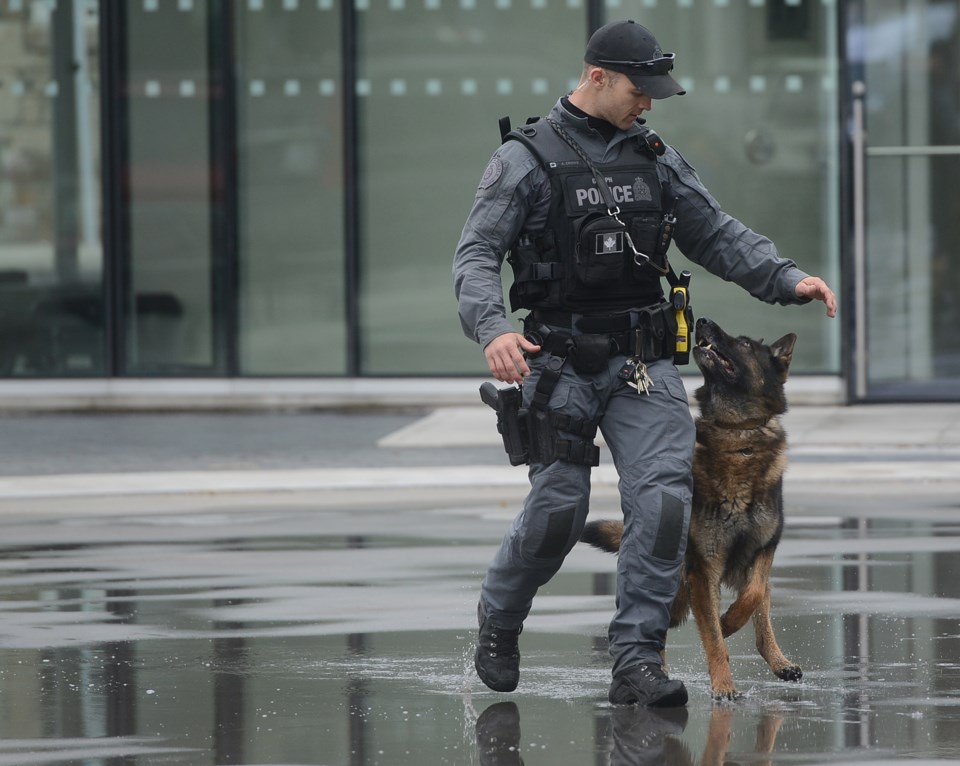 Police attended to the area and observed the male running north on Fife Road by the railway tracks.  Police quickly set up a perimeter and K9 Charger was deployed. The K9 track led to the apprehension of the male suspect.