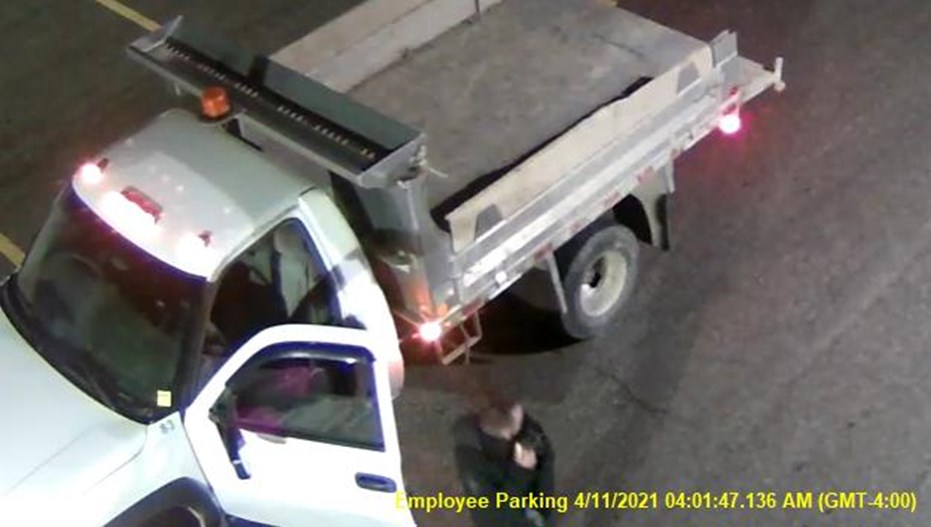 Guelph police are investigating after a stolen truck was used to smash open a gate at a local business early Monday. More than $10,000 worth of lumber was reported stolen.

Approximately 8:45 a.m. police were called to a business on Wellington Street West. The owner of the business advised someone had used a truck to force open a gate shortly after 4 a.m. Approximately 600 pieces of lumber were loaded onto the back of the truck, which had earlier been reported stolen from Kitchener. The incident was captured on video.

The male is described as Caucasian with a dark brush cut, wearing a black jacket and black pants. He was driving a white GMC pickup with a dump-style box and the number 83 on the driver’s side front fender.