A new age in intrusive marketing 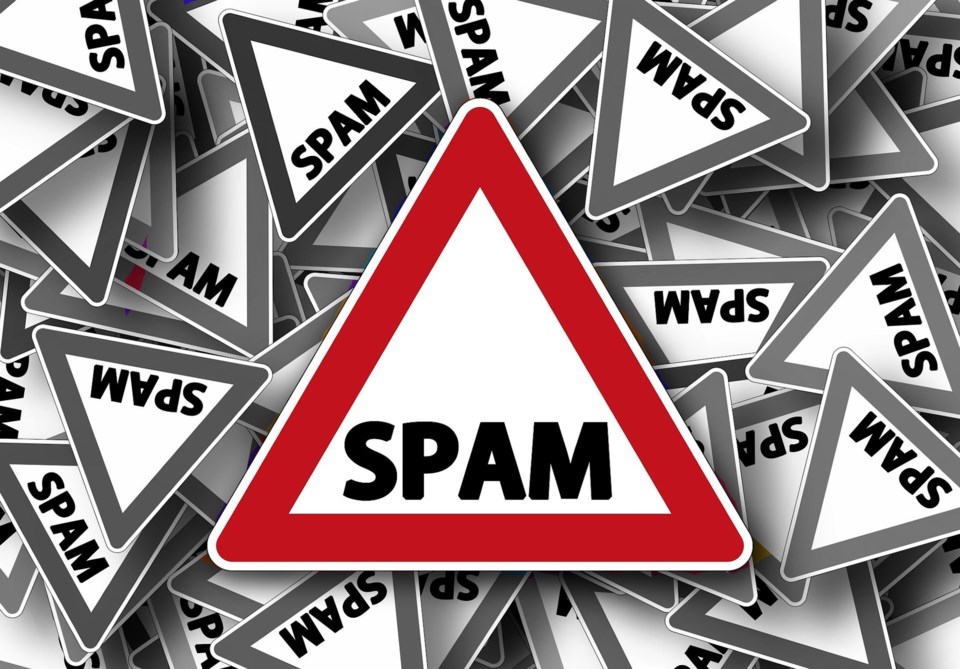 Anyone with an email account has experienced the intrusive communication commonly known as spam. It’s not uncommon for people to report enormous amounts of unsolicited email each time they open their inbox.

Email marketers can often be completely unscrupulous believing that “everyone” stands to benefit from their message and possess no qualms about spreading junk far and wide. For a long time dealing with unsolicited email messages was just a fact of life.

These days, significant amounts of spam messages are still sent out daily in nearly overwhelming numbers. While we haven’t been able to completely rid ourselves of the scourge of spam it has been made more manageable over the years. Client email applications like Outlook and Thunderbird each have algorithms for detecting spam and funneling it away where we don’t have to deal with it.

The increased usage of cloud-based email services like Office365 and Gmail have led to vast improvements in spam detection. Many Gmail users hardly notice the amount of spam that arrives to their email account. That ever-improving level of detection means big problems for purveyors of spam. Their target audience has found a way to successfully ignore them. Any small business owner will tell you, when one tactic for reaching customers fails, try something else.

Many of us recall a time when people would complain about the intrusion of marketing calls occurring while the family was sitting down for dinner. Combining caller-id with the fact that home telephones often go unanswered for the majority of any given day meant that telephone marketing was no longer viable.

Many of us no longer have a telephone in our homes and instead carry a telephone with us at all times. Adding caller-id display to a cellular package gives us the best of both worlds and now we can readily ignore unsolicited message in both mediums. Email spam arose as users became able to avoid telemarketers. With email spam becoming less effective, the reverse is now true.

This reduction in successful readership of spam messages has forced a change of tactics once again. Despite all our efforts, telephone marketing is becoming more prominent now than ever. The rise of cheap Voice-over-IP, Internet telephone communications means that telemarketers are more viable than ever before.

VoIP technology allows calls to be made cheaply from anywhere in the world and caller-id data can be modified to make incoming calls appear to be local and less likely to be ignored. It could still be argued that we have the ability to ignore calls from unrecognized numbers but a ringing phone can still be intrusive. Most mobile telephones and many business phone systems now offer blacklisting features. Blacklisting a number means that calls can be ignored based upon the caller-id broadcast. However, what if the incoming calls weren’t from unrecognized numbers?

Already, users are reporting receiving calls from telemarketers where the inbound caller-id appears to be coming from someone they know. The less scrupulous marketers are availing themselves of resold lists of telephone numbers harvested by hackers infiltrating email accounts.

Imagine for a moment that your email account gets broken into. Where once your email contacts would be used as a list to deliver spam to, possibly even using your email address to do so, now the same applies to telephone calls.

Hacked email accounts are now being reviewed for phone numbers as well as email addresses. Numbers are pulled from email signatures or even an emailed copy of a telephone bill. If that isn’t unsettling enough these scam artists are now maintaining a database of information relevant to their victims. This database is used to cross reference contacts.

We’ve reached yet another stage in the intrusive abilities of unscrupulous, unsolicited callers. These new harvesting methods make it more important than ever to keep personal data properly secured.

Kevin Davison is a Guelph-based computer consultant for Kadence Solutions. He has over 20 years of experience in computer and network management. Kevin also possesses expertise in telecommunications systems, home automation, security and various residential and commercial electronics. http://kadencesolutions.ca

This year may see return of 2017's 'out-of-control' seller's market in Guelph
Feb 13, 2020 7:00 AM
Comments
We welcome your feedback and encourage you to share your thoughts on this story. We ask that you be respectful of others and their points of view, refrain from personal attacks and stay on topic. To learn about our commenting policies and how we moderate, please read our Community Guidelines.