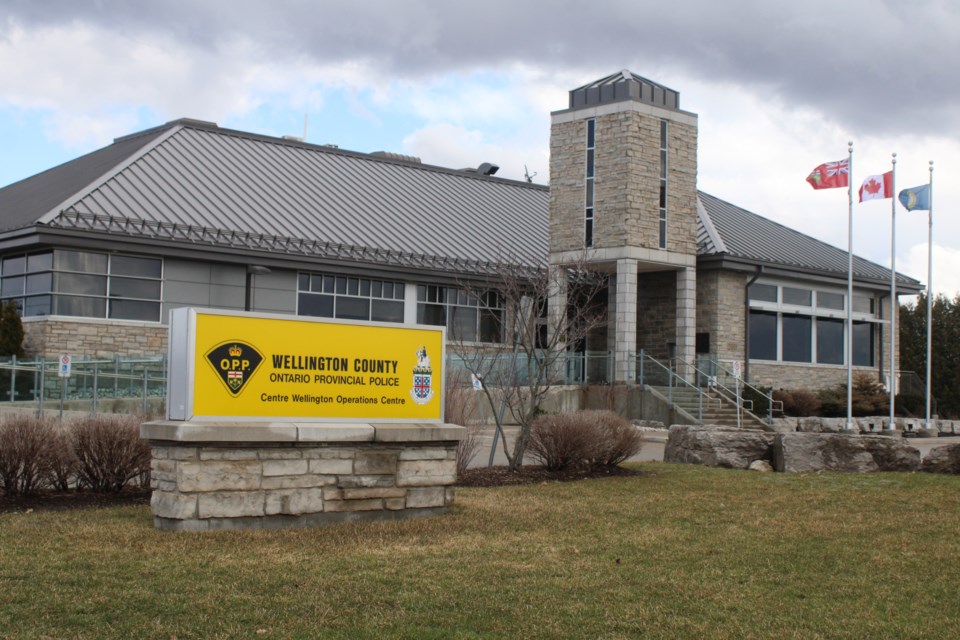 The IMPACT team works directly out of police detachments such as this one in Centre Wellington. Keegan Kozolanka/GuelphToday file photo

WELLINGTON COUNTY – Members of the Integrated Mobile Police and Crisis Team (IMPACT) want to deepen their relationship with police to continue sharing knowledge of how to respond to mental health crisis situations.

IMPACT is run in partnership with Canadian Mental Health Association Waterloo-Wellington and local police agencies such as the Wellington County OPP detachment.

With police response to mental health crisis under increased scrutiny, Wagner stressed that the program works because of the close relationship with police.

“We need our policing partners to respond with us for safety reasons sometimes,” Wagner said. “Often we’re helping build better relationships with those people that do need to call police because they do need that type of support as well.”

Matthews agreed with this view and said every call they attend with police is a chance for a shared learning experience. She said they can teach de-escalation techniques that aren’t a typical police approach.

“I think we’ve had this amazing opportunity to share knowledge back and forth across the two services, policing and mental health,” Matthews said. “That’s been a pretty valuable outcome to that.”

Wagner further explained this was a major change from the early model started in 2012. The previous protocol was to meet police at the scene and have them leave as quickly as possible. IMPACT members also weren’t stationed in the divisions.

“We changed that because we knew that we needed closer relationships,” Wagner said. “We needed the opportunity to be with officers for them to see the work and way we do it, and us to see their work and the way they do it.”

Police budgets have also come into question with a suggestion that the funding could be better directed to other programs to end systemic issues that affect marginalized and racialized people.

Matthews and Wagner acknowledged that increased funding towards mental health initiatives would have an impact on marginalized communities they serve.

Wagner explained that the gap between the need for their service and what they can provide that could be closed with increased funding.

“Sometimes we only get to 15 per cent of all the mental health related calls from our stats,” Wagner said, adding that responders are often going to calls back-to-back.

“We aren’t staffed 24 hours, sometimes two of us are on a call and there’s a third call that comes in and we have to wait and do that in follow-up. The more of us that there can be to do the work in collaboration – that’s really what we need.”

“The talk sort of in the media is about defunding to put money towards these programs,” Ross-Zuj said.  “With these partnerships that we have, the concerns and the needs that they need to address to work properly are discussed at our table and proper funding is allocated towards that.”

Ross-Zuj stressed that policing can be collaborative with partnerships from organizations like Safe Communities and IMPACT.

Wagner and Matthews in the end are positive that models like IMPACT can encourage better police interactions with racialized and non-racialized communities.

“Hopefully having IMPACT present in police detachments and divisions is encouraging appropriate and good treatment for all,” Matthews said. “Anybody struggling with mental health, regardless of race.”

Low and no cost options available for Wellington County residents needing a ride to vaccine appointments
Jun 18, 2021 7:00 AM