'Arts and culture are important to a balanced community and will be a big part of economic recovery,' said Drayton Entertainment CEO
Jan 17, 2021 10:30 AM By: Keegan Kozolanka 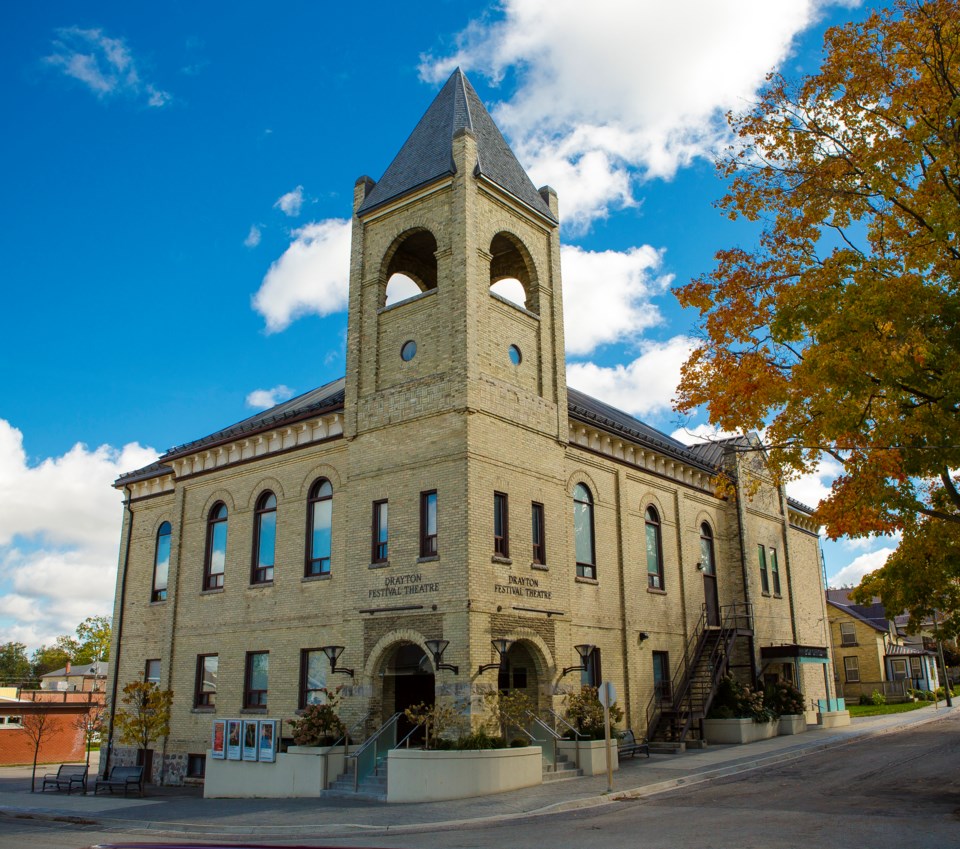 DRAYTON– The Township of Mapleton is giving financial support to the tourism driving Drayton Festival Theatre during a turbulent period.

Drayton Entertainment, who operate out of seven locations with Drayton Festival Theatre being their flagship venue, will be getting $30,000 from the township.

It was approved at a recent council meeting.

In an email, Drayton Entertainment CEO and artistic director Alex Mustakas said they’re very grateful for the support from the township.

“Not only for the financial contribution … but the acknowledgement that arts and culture are important to a balanced community and will be a big part of economic recovery,” Mustakas said.

In a statement to Mapleton council, Mustakas acknowledged recovery to pre-pandemic spending will be a multi-year ordeal as COVID impacts will continue well into 2021.

“It’s very important that we keep theatre alive and keep industry like that alive within the province but especially here in our community where it’s one of our driving forces behind tourism,” said Mapleton mayor Gregg Davidson in a phone interview.

Mustakas statement also backs the theatre as a major tourist destination in Drayton with each season bringing in 30,000 people and spurring $5.4 million in local spending.

The statement says 75 per cent of these visitors are considered tourists.

Davidson explained the township has put aside $5,000 per year from their budget for theatre upgrades but these haven’t been used by Drayton Entertainment.

“So at this time with the pandemic, it is fitting that we use some of those funds to help support the theatre industry and to keep them local,” Davidson said.

Davidson said he has personally been a longtime patron of the theatre even before he lived in the area.

To him, the iconic theatre has introduced many to a town they might not otherwise have known.

“One of the reasons I moved to Drayton is because I knew where the theatre was and I knew the area because I was coming here,” Davidson said.