The Groves Hospital Foundation had a successful night with a fundraising gala at the Elora Mill
Feb 13, 2020 5:09 PM By: GuelphToday Staff 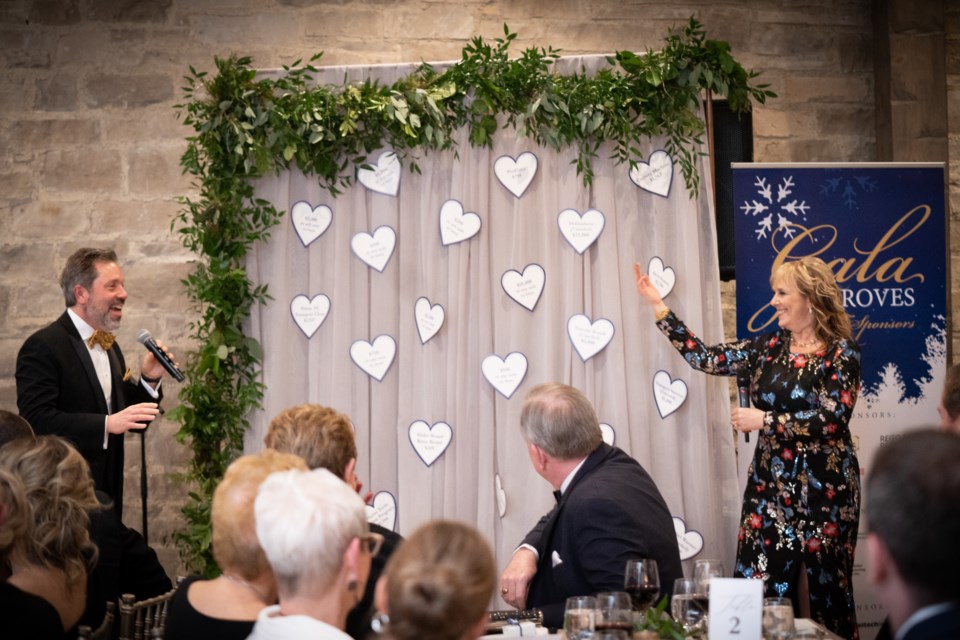 CENTRE WELLINGTON - The Groves Hospital Foundation’s first gala raised over $360,000 to fund vital equipment for the new hospital in Aboyne.

“The Gala for Groves was a tremendous success,” said Lori Arsenault, executive director of the Groves Hospital Foundation. “I would like to thank everyone involved; the Elora Mill for approaching us with the idea to host a gala, all of our sponsors, the attendees, the committee members and volunteers who made it possible.”

Last month, the Gala for Groves was hosted at the Elora Mill Hotel & Spa who also covered all costs for the event. A “fund-a-need” auction brought in over $150,000 which will fund five defibrillators and three blanket warmers.

The local community was responsible to raise ten per cent of build costs and nearly all equipment and technology. Arsenault said this is the case for nearly every hospital in the province.

“Many people may not be aware, but almost all equipment in hospitals across Ontario is funded by the community through donations to hospital foundations like ours,” Arsenault said.

This led to a campaign goal set in 2014 of $20 million. After the gala, that amount has nearly been reached.

“Thanks to the incredible generosity of our community, including the sponsors and attendees of the Gala for Groves, we have now raised over $19.7 million,” Arsenault said.

Moving forward, the Groves Hospital Foundation will continue to fundraise on an ongoing basis to fund equipment requests each year from the hospital.

Construction on Groves Hospital is nearly completed and is set to open later this year.

To make a donation, or for more information:

Man charged after drive ends up in sand trap
Jul 31, 2020 10:38 AM
Comments
We welcome your feedback and encourage you to share your thoughts. We ask that you be respectful of others and their points of view, refrain from personal attacks and stay on topic. To learn about our commenting policies and how we moderate, please read our Community Guidelines.