Power knocked out to most of Fergus (Update: power restored)

Centre Wellington Hydro said power is out for over 5,000 customers affecting most of the town
Feb 24, 2021 1:30 PM By: GuelphToday Staff 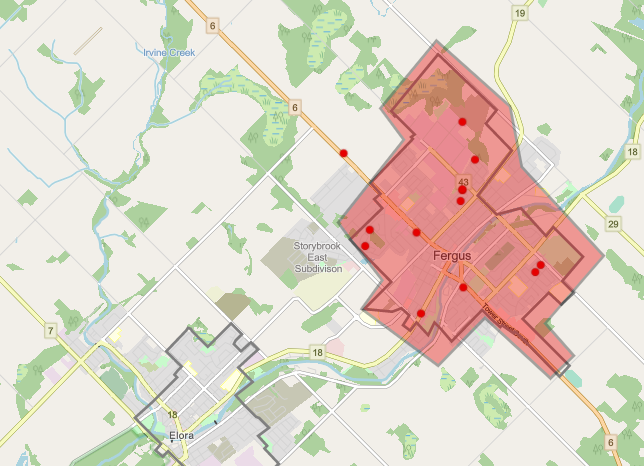 Update: Centre Wellington Hydro reports that power was restored at approximately 1:30 p.m. No reason for the outage was given.

FERGUS – Power has been knocked out in most of Fergus on Wednesday morning.

Centre Wellington Hydro’s outage map is reporting over 5,200 customers are without power from a currently unknown cause.

A representative from Centre Wellington Hydro said workers are determining if this is an issue on their end or Hydro One who runs a feeder line to the service.

The representative said this outage was local to Fergus but appeared to be widespread throughout town.

An employee at the Fergus Scottish Corner store confirmed the downtown stretch appeared to be completely without power.

In the far north end, Fergus Fireplace had power but an employee had noted on their way to work power was out past the Walmart on Highway 6.

Crews are working to restore power and it is estimated to come back on at 1:30 p.m.

Hydro One is also reporting 400 customers in the surrounding area are without power with an expected return at 2:45 p.m.