Anti-Nestlé billboard under wraps until the end of election: Wellington Water Watchers

The billboard will be uncovered by the group on Oct. 22, one day after the federal election
Oct 7, 2019 5:00 PM By: Kenneth Armstrong 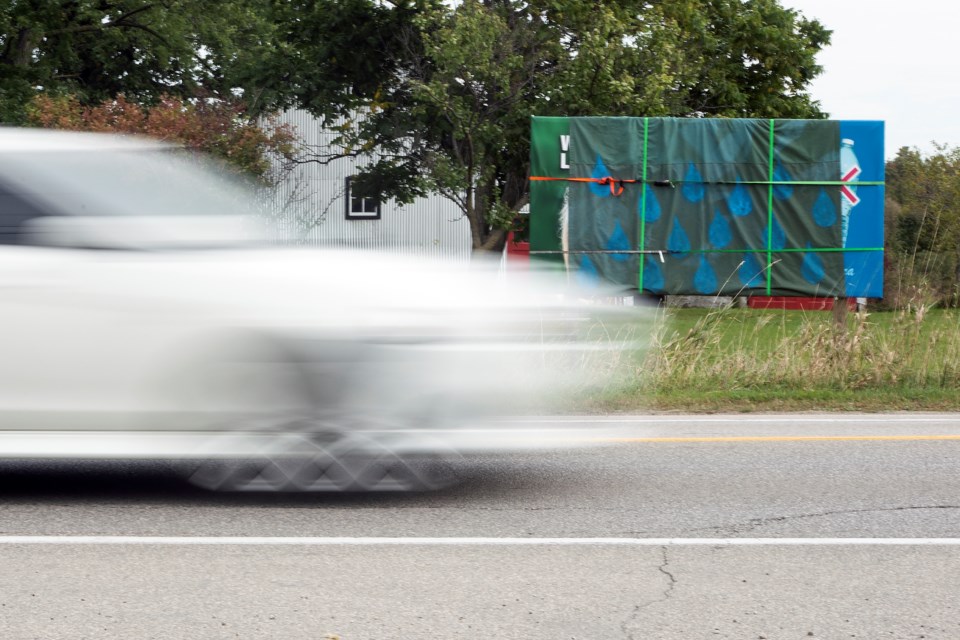 A Wellington Water Watchers billboard located on Gordon Street in the south end of Guelph is under wraps until the end of the current federal election campaign. Kenneth Armstrong/GuelphToday

Wellington Water Watchers has covered up an anti-Nestlé billboard in the south end of Guelph because it may be considered to be political advertising during the current federal election campaign.

The billboard, which reads, ‘water is for life, not profit. Say no to Nestlé in Wellington County’ was put up in July by Wellington Water Watchers, not far from the company’s Aberfoyle plant that packages millions of bottles of spring water every year.

Dave Wiedrick, manager of by-law for the City of Guelph, said he reached out to Wellington Water Watchers around the time the federal election campaign began on Sept. 11.

“I said, ‘just to let you know the sign — because of its nature — you will have to sign as a third-party advertiser,’” Wiedrick told GuelphToday on Monday.

“The group has been very cooperative,” said Wiedrick. “They understood that the sign would have been considered a third-party advertisement.”

Elections Canada criteria for third-party ‘issue’ advertising says, “the content of the advertisement must be for or against an issue with which at least one candidate or registered party is clearly associated”.

As a sign of goodwill, the billboard will be covered up for the duration of the election, said Rob Case, chair of Wellington Water Watchers.

“We really have no desire to stir things up about that billboard,” said Case.

I don’t think there’s any federal party taking a position on Nestle’s operation in Wellington County, as far as I can tell,” said Case.

Nestlé's water-taking activities were a topic of discussion during the local 100 Debates on the Environment all-candidates event held last week.

He doesn’t agree that the billboard is political and contends that it is definitely not partisan.

“I’m not sure how political it is to say municipalities — like Centre Wellington, the Township of Erin and even Aberfoyle being in the neighbourhood of Guelph — should have say over how water is governed,” said Case. “I don’t think that’s a political statement at all, I think it’s just reality.”

Case noted that, while the group has agreed to cover up its sign, Nestlé is permitted to continue its advertising unchecked.

“They are obviously going to continue doing their promotions,” he said.

The billboard will be uncovered by the group on Oct. 22, one day after the federal election.

Green Party's Steve Dyck disappointed and surprised after losing to Liberals
Oct 22, 2019 1:21 AM
Comments
We welcome your feedback and encourage you to share your thoughts. We ask that you be respectful of others and their points of view, refrain from personal attacks and stay on topic. To learn about our commenting policies and how we moderate, please read our Community Guidelines.