At the University of Guelph, students from across disciplines are doing their part to meet the changing face of the country by immersing themselves in new product development
Oct 26, 2017 2:08 PM By: Owen Roberts 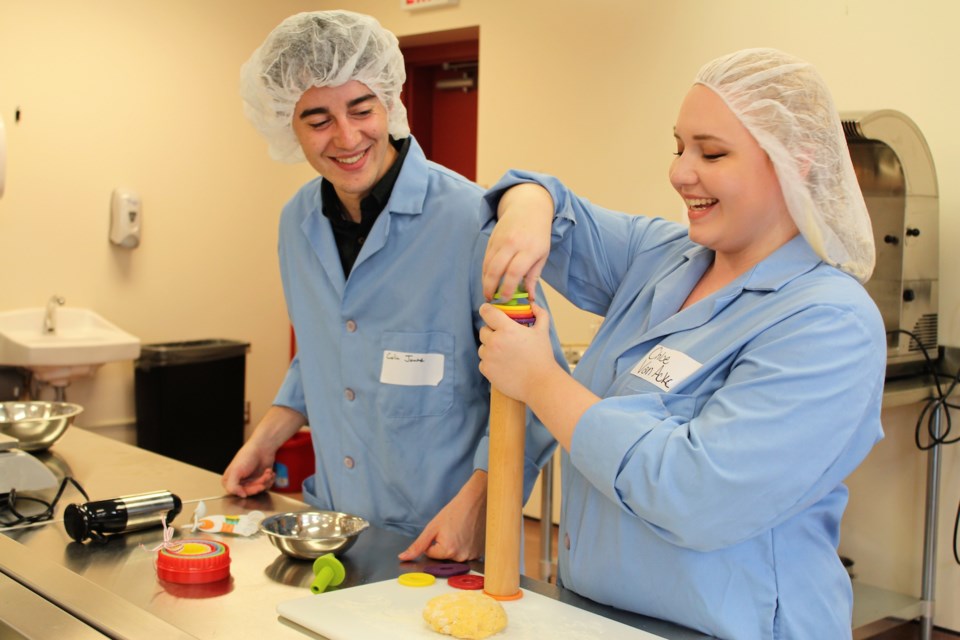 Where is food in this country headed? For a wild ride, that’s for sure.

Statistics Canada said on Wednesday that in 2016, nearly 22 per cent of Canadians reported being or having been an immigrant or permanent resident.

That nearly matches the high of 22.3 per cent that goes as far back to 1921. Look how those waves of immigration shaped the taste of Canada.

It also shows a rise from about 20 per cent in 2006. It’s a population segment that is growing fast.

And to the food sector, it represents a world of new taste preferences.

This has particular relevance in Ontario. Here, the food and beverage industry is one of the largest such sectors in North America. It’s also the province’s leading employer in the manufacturing sector.

Food processors keep an eye on population trends, and see how they match culinary trends. Farmers take cues from consumers, and from processors who buy raw commodities and turn them into consumable goods.

But what might these consumable goods and new products to be? Ethnicity drives food trends, but other factors are also important, such as age and endorsements from stars, such as athletes.

At the University of Guelph, which bills itself as Canada’s food university, students from across disciplines are doing their part to meet the changing face of the country by immersing themselves in new product development.

Over the next five months, students from food science, marketing, nutrition and engineering will work in teams to turn ideas into prototypes, as part of what’s called a “capstone” or wrap-up course. It all culminates in a final competition in March.

Collaboration gives the students a taste of what product development is like. It’s meticulous, exciting and challenging, all at the same time.

Food science professor Lisa Duizer says the interdisciplinary nature of this course demonstrates the diverse and interesting career opportunities that exist in food processing. Indeed, those who complete the course may indeed help fill the employment gap in the sector, underscored by earlier University of Guelph research that shows there are four jobs waiting for every agriculture and food graduate.

But first things first -- the students get through the product development course, then they join the workforce, if they so choose.

Here’s how the course works. Each student team is responsible for developing a product that fits into a food category experiencing significant industry growth and interest.

Some of these categories are consistent with the changes in our population dynamics. Others reflect shifting work and life patterns – for example, how we fly out the door to work and grab breakfast on the way, or once we get there.

This year, organizers have beefed up the competition and made it even more realistic and pertinent to the food sector, by adding six mentors from southwestern Ontario who are food industry experts.

They include Christina Marsigliese, product developer at the Guelph Food Innovation Centre and Tyler Zemlak, technology transfer officer at the University of Guelph.

One mentor, Rob Bianchin, vice president of Blendtek Fine Ingredients, says these University of Guelph students represent the next generation of food innovators and leaders.

“The concepts these teams have developed are really exciting from a food innovation standpoint, and we look forward to working with them to develop their ideas,” he says.

Earlier this month, the students presented the concepts they’ll be working on. They cover a wide span, and include a vegan ravioli, dark chocolate bites, high-protein muffin mix, ice cream macaroons, avocado spread for toast, and a powdered probiotic beverage.

Some products have a clear health angle. For example, lucuma fruit powder that will be used in the dark chocolate bites has a low glycemic index, It’s rich in protein, beta-carotene, vitamins, and minerals.

One team is working on a fortified pudding made with pea protein, for older adults. Taste may be a challenge for this project. But the supply of the raw commodity itself won’t cause problems: Canada is one of the largest producers of peas. And nutritionally, peas have all kinds of good things going for them. As a result, pea pudding could improve the protein intake of older adults.

One of the most exotic-sounding products is what’s called a “spooflé,” a high-fibre, wheat gluten concoction meant to resemble a soufflé, featuring maitake mushrooms. These Japanese mushrooms are becoming popular in Canada. They’re being used to provide deeper flavour to the product (compared to the soybean base that normally comprises a spooflé) as well as some texture.

Another is “Cognisip,” described by its student developers as a beverage that will provide “an excellent source of nootropic ingredients to aid in cognitive enhancement.”

Nootropics, sometimes called smart drugs, are designed to help with memory and other such brain functions.

The students are starting to test these concepts in kitchens now, hoping they have saddled up to a trend with some staying power, one that is more than a fad.

In March, they’ll begin finding out. Product development is a long road, but this is a fine start.