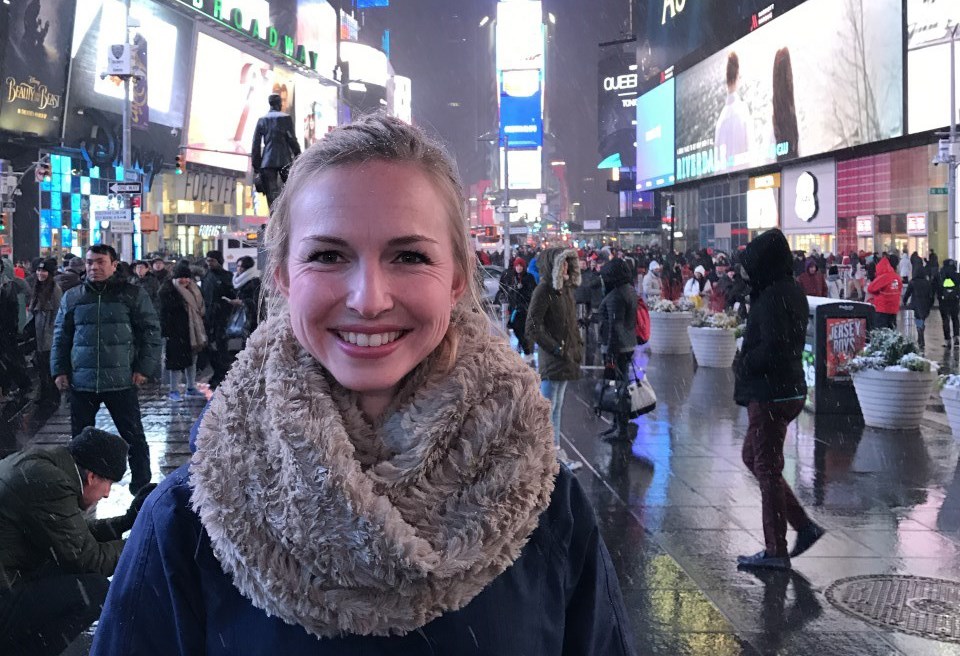 The global office at Weight Watchers International has tapped a newly minted University of Guelph human health and nutritional sciences doctoral graduate for its first-ever post-doctoral position in nutritional research.

Dr. Kaitlin Roke, who received all three of her university degrees from Guelph, joined the company in October at company headquarters, in the world’s business capital, New York City. 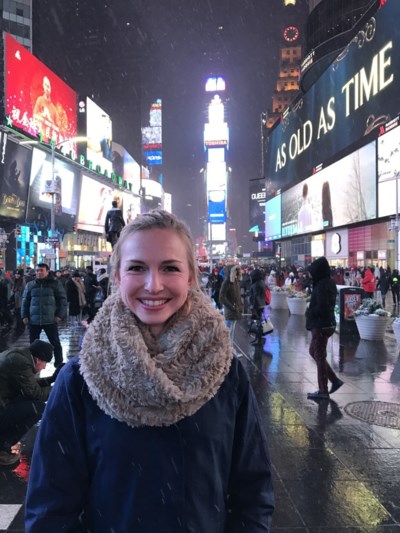 Roke, 29, is helping Weight Watchers differentiate itself by taking a holistic approach to weight management and healthier living. Her emphasis is on research that will inspire and guide the company’s three million members to eat better, move more and shift their mindset.

Weight Watchers has star power. In new advertising, Oprah Winfrey, a Weight Watchers member, part owner, board member and advisor (she bought a 10 per cent share in the company for US$43 million in 2015), talks of how she was able to lose 40 pounds while still eating pizza and tacos, thanks to portion moderation, exercise and commitment.

Roke concurs with this approach.

“Food is all about moderation,” she says. “Nothing is off the menu.”

The Kitchener native, who has a special interest in educating consumers by mobilizing health and nutrition knowledge, says Weight Watchers represents a tremendous opportunity to reach and support more people than she could have ever imagined.

“The first research question I am investigating here involves over 600,000 people,” she says. “The capacity to see change in members is amazing.”

Roke works with about 300 other employees in the NYC office, who are part of various teams specializing in areas such as content, product and business development.  She’s one of six people on the science team.

Among Roke’s assets is her interest in knowledge mobilization – that is, getting evidence-based information from knowledge sources like universities and companies, into the hands of those who can use it, such as the public.

She was involved in several such initiatives as a student, including a program called Let’s Talk Science in which researchers visit elementary schools and discuss their studies. “Guelph gave me a lot of opportunities in research and outreach,” she says. Indeed, the University of Guelph, Canada’s food university, has a long tradition of connecting research with the public.

Roke found out about the Weight Watchers opportunity from her Guelph research collaborator, Prof. Jess Haines, co-lead on the Guelph Family Health Study, an unprecedented community health involvement project at the university.

The call for applicants came through The Obesity Society.  Its mission is to lead the charge in advancing the science-based understanding of the causes, consequences, prevention and treatment of obesity. The application involved proposing five applied research projects that could be carried out during the two-year post-doc appointment.

That’s very unusual for such an application. But underlined to Roke that Weight Watchers was taking a new approach to nutrition and health.

“I liked the applied aspect, and that the company takes a lifestyle approach to weight loss rather than focusing on one specific nutritional approach,” she says.

For project idea proposals, she checked out the company website, talked to several Weight Watchers members, and harkened back to her own research on nutrition and genetics.

After a phone interview and an in-person interview, she got the job.

Roke says that during the January doldrums, when so many people are trying to lose weight, it’s vital to document what you eat. Tracking and recording your intake will give you an idea of both the amount and quality of the food you are eating, she says. Knowing that, you can make adjustments.

She admits her own eating habits have been challenged by living in the city of fabled high calorie-laden fare, such as world-famous pastrami and corned-beef sandwiches, and ziti pizza. But she’s been pleasantly surprised to find an abundance of fruit and vegetable stands throughout the city’s core, enabling her to stay committed to a healthy eating plan.

However, she says, food is just one part of weight loss and weight control. She underlines the need for fitness, to feel good about yourself and how your body feels, as well as for added health benefits.

“We all battle an environment that is conducive to doing less and less all the time,” she says. “Our environment makes it very challenging to eat well and do physical activity. I give a lot of credit to the millions of dedicated people who build healthier patterns of food and fitness into their everyday lives.”