Can the Guelph Storm be better? 'Absolutely,' says coach

Guelph faces elimination for the eighth time Friday when they meet the Rouyn-Noranda Huskies in the Memorial Cup semifinal
0
May 23, 2019 1:00 PM By: Tony Saxon 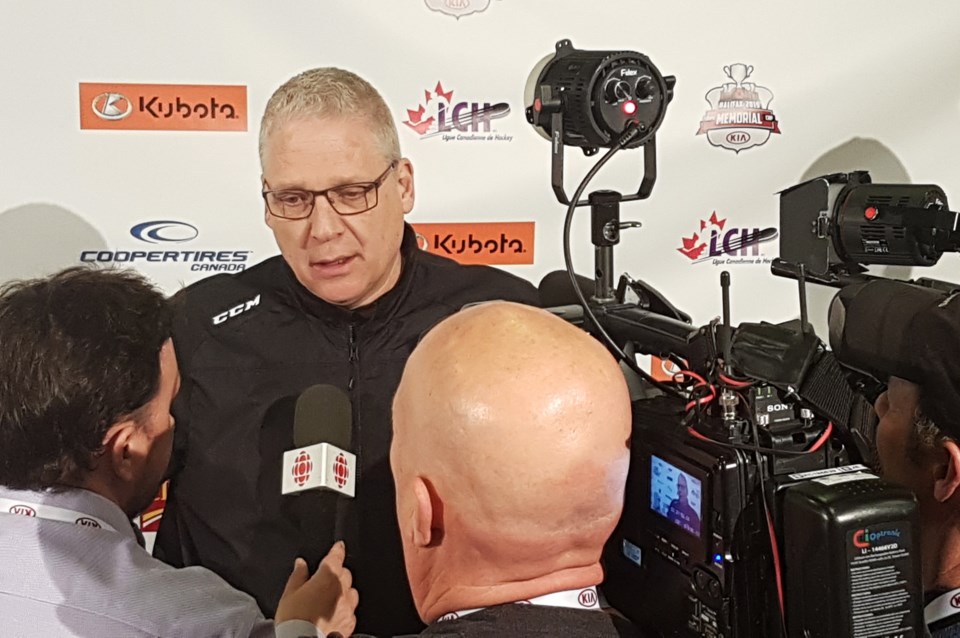 HALIFAX – Seven times in the playoffs the Guelph Storm has played a game that could have ended its season. Seven times they won.

On Friday they will try and make it eight for eight.

The Storm, one goal scored short of advancing straight to the Memorial Cup final in the round robin, will meet the Rouyn-Noranda Huskies in the semifinal Friday night at 7 p.m.

The winner advances to Sunday night’s championship game against the host Halifax Mooseheads.

“Can we be better still? Absolutely we can be,” coach George Burnett said just prior to an off-day practice at Scotiabank Centre Thursday.

“We were better in our last game, I thought we did a much better job with the puck and managing it.

That means tightening up on special teams and keeping momentum.

“Our five-on-five play has to improve and make life more difficult for the other team’s defence.”

The Storm’s MacKenzie said this elimination game doesn’t bring any more pressure than the other seven.

“I don’t think we’ve been at our best yet,” said Entwistle.

“For us we treat it like any other game. We know what’s on the line.”

As to whether the best is yet to come, Ratcliffe accurately said you never know which Storm team will hit the ice Sunday.

“Who knows” he said when asked if the best version of the Storm has been seen at this tournament.

“We’ve been kind of all over the place these whole playoffs. We’ve had our ups and downs a lot, but we’ve really shown ourselves in key moments like this when our backs are against the wall again,” Ratcliffe said.

Rouyn-Noranda coach Mario Pouliot said Guelph is “kind of a powerhouse offensively” but that his team is confident heading into Friday’s game.

“We played all season long against good teams and we’re facing a good team. We always find a way to win games,” Pouliot said.

“We know exactly what mistakes we made the first game against them, so we’ll have to manage the puck the right way and make sure to cut their time and space in the neutral zone so they won’t gather a lot of speed there.”

Burnett said having been in seven elimination games to date can only help the team heading into another one.

Guelph beat the Quebec league champs in the round robin 5-2.

“I know we weren’t as strong in some areas that we like to be much better in and I know they were as well.

Guelph Storm runs out of miracles (10 photos)
May 25, 2019 8:45 AM
Comments
We welcome your feedback and encourage you to share your thoughts. We ask that you be respectful of others and their points of view, refrain from personal attacks and stay on topic. To learn about our commenting policies and how we moderate, please read our Community Guidelines.